Shane’s route into broadcasting was neither speedy nor direct, although you could say that radio is in his DNA beucase his father's cousin is the legendary founder of Radio Caroline, Ronan O’Rahilly.

It wasn’t until his mid-thirties and after a successful business career that he decided to head to the iconic Pebble Mill studios in Birmingham and after learning the ropes on BBC WM’s late show, he went on to work on the breakfast show, which subsequently reached the highest listening figures** in the station’s history.  Whilst he was presenting the early breakfast show, his audience figures doubled in the first three months.

Over the next three years, Shane presented a wide variety of programmes at BBC WM before being offered the Mid Morning and Saturday Breakfast Shows at BBC Radio Derby.  During his seven years at BBC Radio Derby, his highlights included covering two Royal visits, several major sporting events, presenting live shows from Europe and at one stage, he even found himself driving down the active runway at East Midlands Airport.

In 2011, Shane was offered the breakfast show at BBC Coventry & Warwickshire and again, the listening figures increased, seeing the highest breakfast audience in the history of the station.**

Even though he’s openly critical of industry awards, his tenure at the station saw BBC Radio Derby win the Radio Academy Station of the Year in 2007 and 2010 as well as a BBC award for Best Station in 2009. His breakfast show at BBC Coventry & Warwickshire won a BBC award, eleven months after joining the station.

During his five years at BBC Coventry & Warwickshire, Shane hosted debates and round-table discussions on the high-profile murder of 4 year old Daniel Pelka, helped Sky Blues fans follow the intricate twists and turns of their clubs most difficult period and fronted a cover of the hit "Let's Go round Again” with The Specials’ Horace Panter and Neville Staple.

As he approaches 15 years as a freelance radio broadcaster, Shane has successfully presented programmes on a range of subjects as diverse as politics, business, sport and music as well as hosting phone in’s and interviewing more than his fair share of celebrities.

As a keen guitarist, he has consistently fought to champion live music and unsigned bands long before local radio decided it was cool.  His favourite sporting achievements so far include playing darts with John Lowe, football with Gary Rowett, cricket with Dominic Cork and bald head rubbing with Willie Thorne. Well, he started it.

In his spare time, he and his wife love to travel and they have visited more than twenty five countries, with more on their wish list still to see. He plays bass and guitar and is a bit of an aviation anorak. 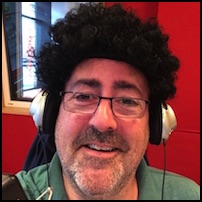 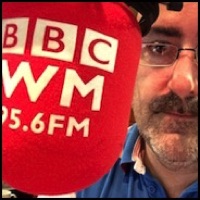 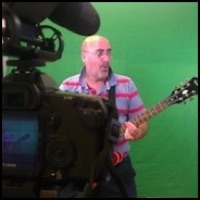